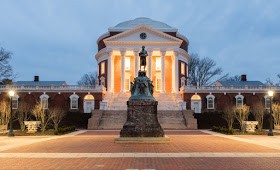 CHARLOTTESVILLE, Va. — Two University of Virginia School of Law graduated class have made a $43.9 million present to the school, which is the greatest gift in its history.

The Daily Progress reports Martha and Bruce Karsh announced they will give the money Thursday. The gift fuses $18.9 million in planning resources from the school’s driving collection of visitors, which will be given in the Karshes’ name.

The gift will be sponsored by 2022 and will fund the school’s head understudy concede program and develop the Karsh Center for Democracy. It’ll in like manner make an advanced residencies save to help staff related with the Karsh Center.